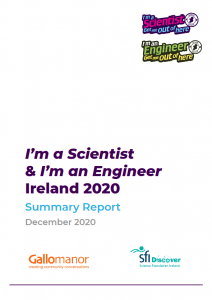 Despite the challenges of the past year, I’m a Scientist and I’m an Engineer reached 2,172 students from 58 schools across Ireland.

From their homes and classrooms students across Ireland took part in activities that support their science capital: they asked questions about science; they engaged with, and got to know Irish researchers, engineers, and STEM professionals; they learnt about the transferability of science; and they saw STEM as relevant to their daily lives.

This report summarises our 2020 activities. 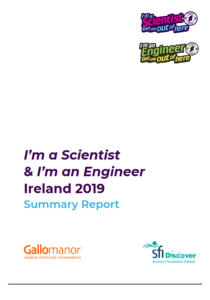 In 2019 we ran eight school zones in Ireland: Four in I’m a Scientist and three in I’m an Engineer. Additionally, we ran a public zone: Shape the Future.

This report summarises our 2019 activities. 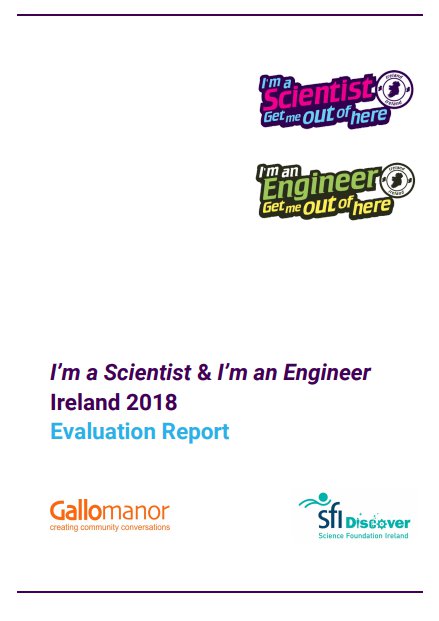 In 2017 we ran seven zones. Three I’m an Engineer zones in February–March (Energy, Health, and Space), and four I’m a Scientist zones in November (Diagnosis, Energy, Food, and Fluorine). 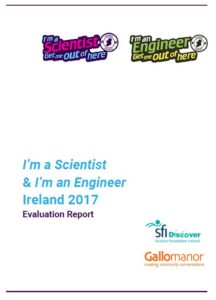 Our key findings were:

Demand vs. Capacity for I’m a Scientist and I’m an Engineer Ireland

In the I’m a Scientist Ireland project pilot in 2012 we ran three zones, since then we have run four zones every year. While we were under capacity in the pilot, the demand for the activity from teachers has remained relatively consistent and looks to be increasing. 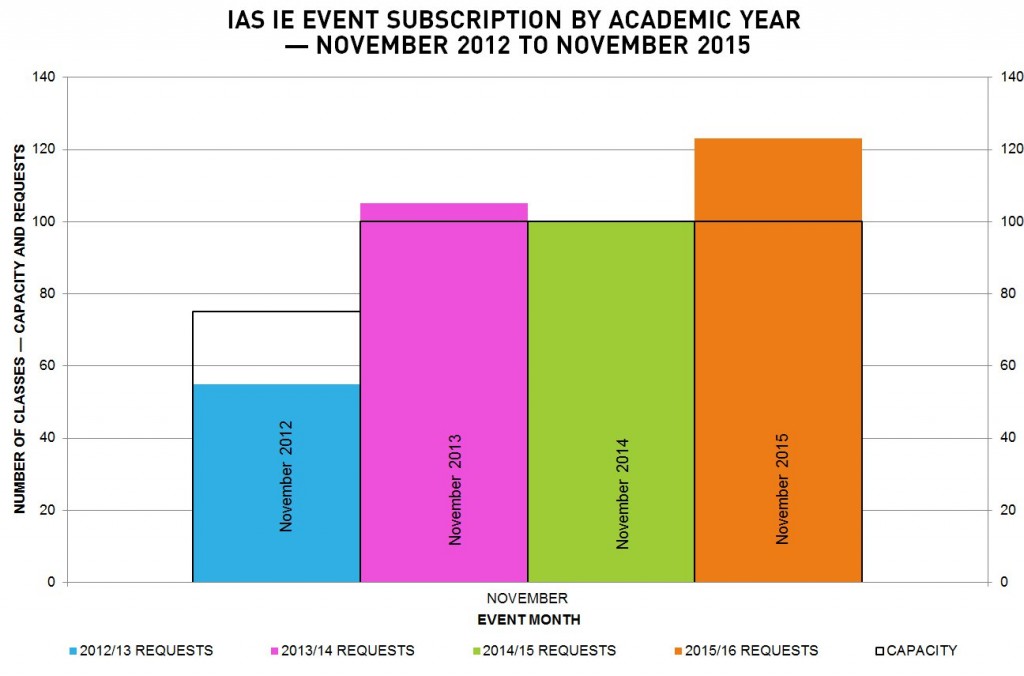 Assuming the trend carries on, we would easily be able to run a fifth or even sixth zone in November this year.

The story in I’m an Engineer is a little different. 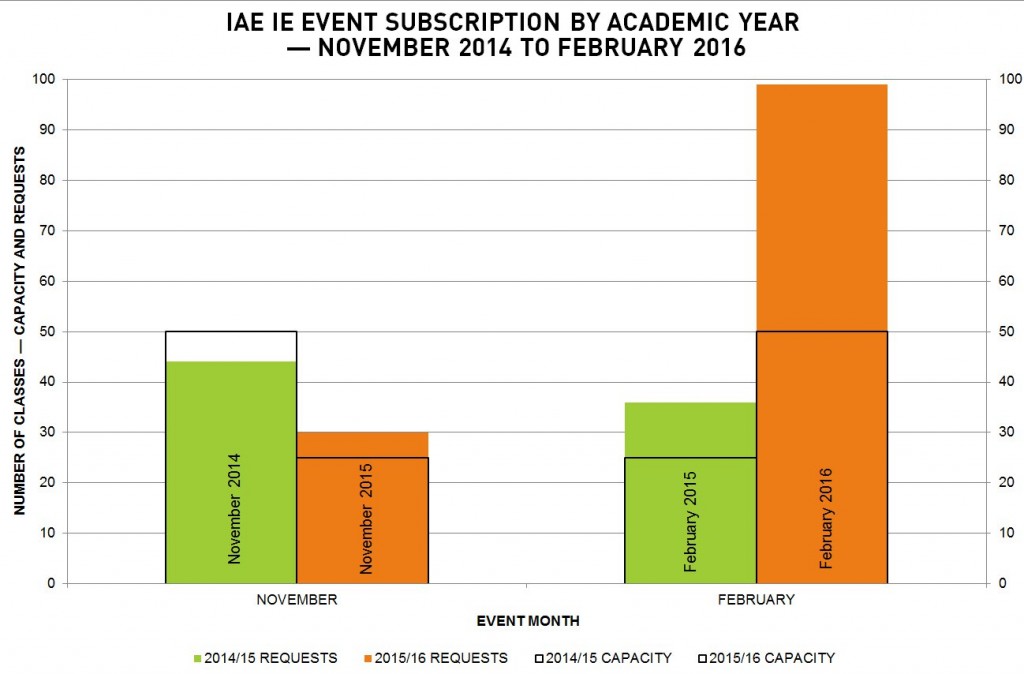 For the past couple of years we have run two I’m an Engineer events each year; one with the I’m a Scientist event in November, and one in February to coincide with Engineers Week Ireland.

In the first year, we saw teachers favouring the November event albeit only slightly, in 2015/16 though we saw a huge shift towards February, with demand being almost twice what was expected.

The increased demand is too big to come only from existing teachers opting to take part during Engineers Week instead of earlier in the year. More investigation is needed to say how much, but a lot of the demand must have come from new teachers signing up.

In November 2016 there will be no I’m an Engineer event. Our plan is to move the Engineer activity to February alone, keeping the Scientist activity in November.

What is clear — clearer still where we combine the data sets— is that the school demand for our online STEM engagement activities is growing. We need to find ways to increase capacity and offer more students in Ireland the opportunity to take part. 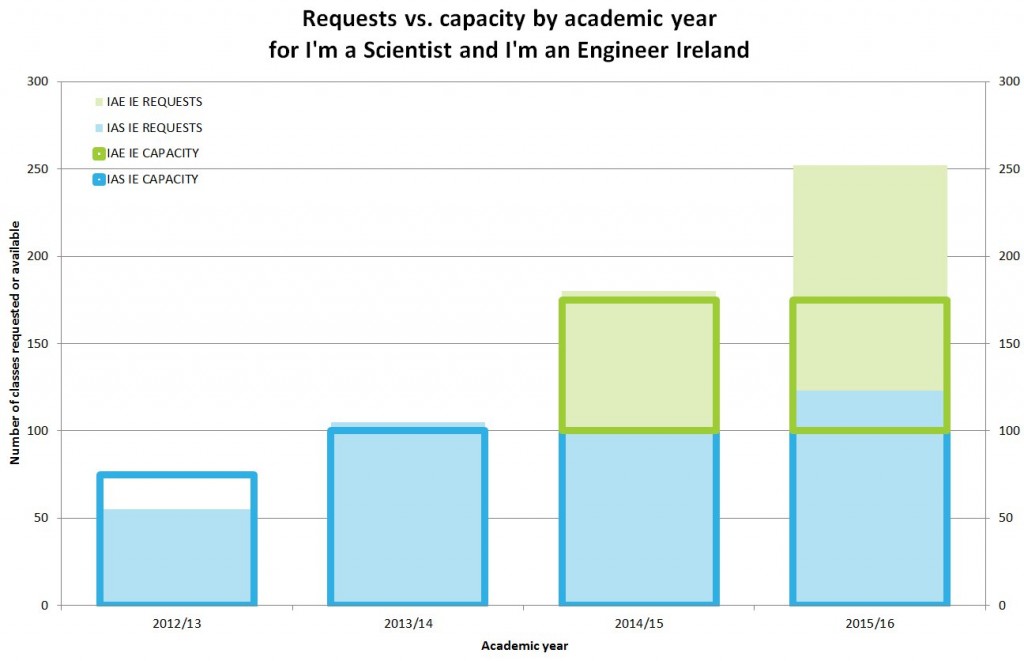 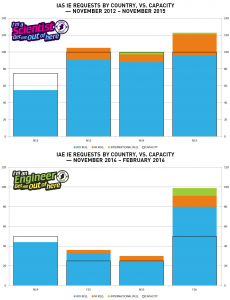 We had a quick look at how many of the class requests discussed above came from schools in different countries.

As the graphs show, the majority of requests are coming from schools in the Republic of Ireland, with far fewer coming from Northern Ireland, and the occasional request from a couple of international schools.

Schools in Northern Ireland have always been invited to take part in the Irish events as well as the UK events.

Moving forward, Northern Irish schools will be invited to take part in the UK events only. The occasional international school taking part will now be asked to pay a small charge to do so, this cost to the school will go towards running additional zones in the future.

ModJosh in Evaluation, News | Comments Off on Demand vs. Capacity for I’m a Scientist and I’m an Engineer Ireland 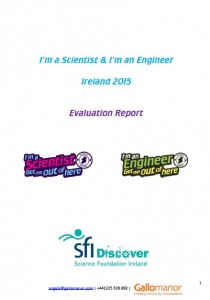 In 2015, we ran six zones: Three I’m a Scientist themed zones (Nanoscience, Drug Synthesis and Food Science), one I’m a Scientist general zone (Nitrogen Zone) with a mix of scientists from different areas, one I’m an Engineer themed zone around computing (Boole Zone) and one general engineering zone (Metre Zone). 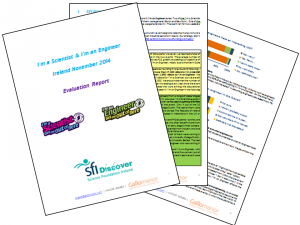 This report looks at how the event went. Our key findings were:

in Evaluation, News | Comments Off on November 2014 Event Evaluation Report

The funding for this project comes in part from the Science Foundation Ireland and the other half comes from elsewhere. We’ve got funding from the Wellcome Trust, the European Society for Evolutionary Biology and the Royal Society for Chemistry. Traditionally we try to get a zone funded by large company employing lots of scientists and engineers. A company whose business relies on a science friendly population and education system. Traditionally we get nowhere.

We created two FundIt.ie campaigns and promoted them both through our networks and through other networks. The response was almost non-existent. Why?

We could have promoted it harder. But it was clear from our initial publicity that promotion wasn’t leading to pledges. From our first burst of activity we had such a little response that it was clear that even an enormous amount of promotion would still have left us short.

Companies need time to plan. Yes, they do, but it was my expectation that the amount of money we were asking for would be discretionery spend. And the one pledge of €250 showed that to be a possibility.

Companies don’t understand science engagement. Sure, there are some companies who understand what you mean by science outreach and engagement. But perhaps not that many and perhaps not so much those who also have the flexibility to pledge €250. I found myself having to explain the event and what it was trying to do. I’m not convinced it was fully appreciated.

People don’t get crowdfunding. Sure you do. You’re reading a blog that you probably found via a link on twitter. You get crowdfunding because you’re part of the online crowd. but the people running small businesses don’t get it in the same way. It’s not the norm. A central concept of crowdfunding is that unless the campaign is successful it doesn’t cost you, the pledger, a cent. It’s brilliant. It means you only buy into SUCCESS. But that isn’t blindingly obvious. I think it is still some time before it becomes mainstream.

Will we try next year? I think so. We’ll start earlier. We’ll prime the audience a little more. And if we fail again, we’ll make sure we learn again.

iasieadmin in Evaluation, News | Comments Off on Crowdfunding confusion In November 2013 we run I’m a Scientist in Ireland for the second time. We run 4 zones: two themed on Nanotechnology and Space and two general zones named Helium and Lithium with a mix of 5 scientists.

This report looks at how the event went. One of the main points of the report is our analysis of the impact that the event had on students’ perception of science. We found out that students’ interest in science and science related careers is clearly increased after taking part in I’m a Scientist. We also report on teacher and scientist feedback, which was generally very positive. As one teacher said: “This event offers the opportunity to do something different; an activity that brings out new strengths and abilities”. Sandra Byrne. Teacher

modemily in Evaluation | Comments Off on November 2013 Event Evaluation Report

Back in November 2012 we ran I’m a Scientist in Ireland for the first time. In short, it was a real success.

The enthusiasm shown by teachers, students and scientists was magnificent and the students really got into the spirit of the event.

The full evaluation report is up on the Irish site (imascientist.ie/2013/05/15/evaluating-im-a-scientist-in-ireland/) alongside a short summary of our findings.

In summary, we would love to run more events in Ireland.